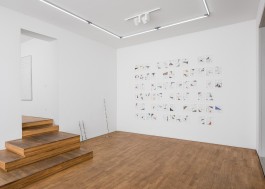 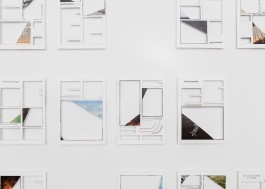 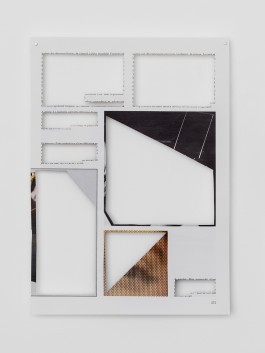 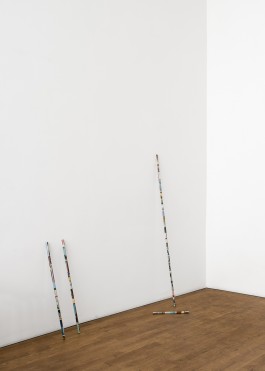 In her second solo exhibition, delving into visual strata at Kuckei + Kuckei gallery, Lilly Lulay immerses herself in three different types of photographic archive that exemplify a specific media epoch and are thus linked with certain approaches to employing photography. Popular illustrated scientific books dating from the 1980s, private photo albums from the 1990s and collective digital pictures from the present day serve as objects of research and, at the same time, as raw materials. Using a scalpel, Lulay dissects the individual archives into their component parts and reassembles them anew in the form of collages, installations and video projects.

By cutting out and removing certain elements, repetitive image types, colour palettes and formal ordering-principles emerge from her archives. With her diverse approaches to cut-outs, Lulay cracks open photography’s right angle format, thereby shifting the material qualities of the photographic memory into focus. In this way, memories of private holidays turn into the colourful pigment of a kind of abstract painting and photographs from a social network into the construction material of a fragile mural sculpture.

A Big Step For Me, A Small Leap For Mankind 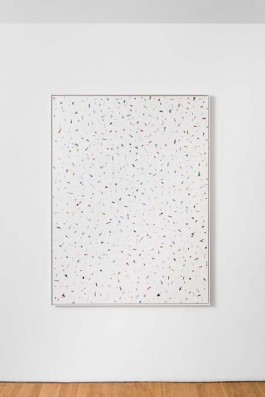 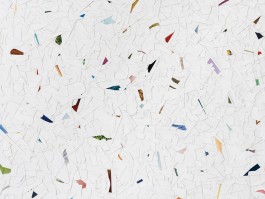 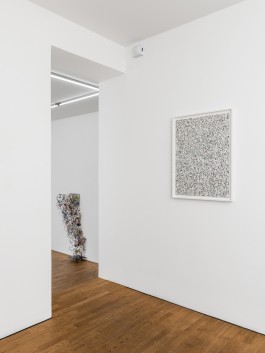 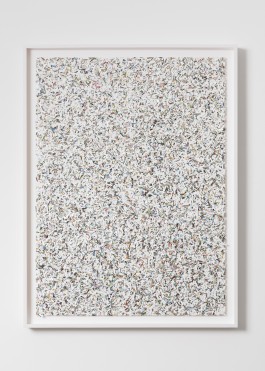 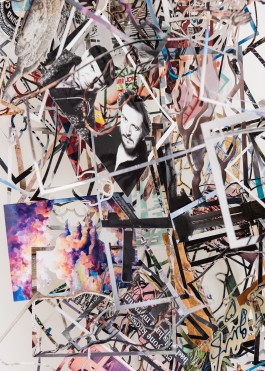 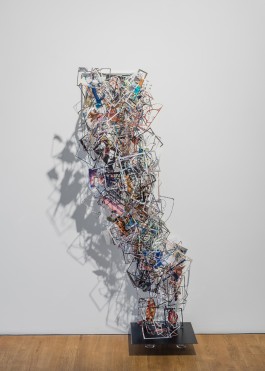 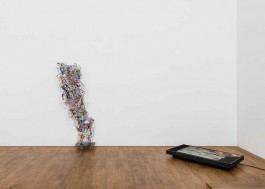 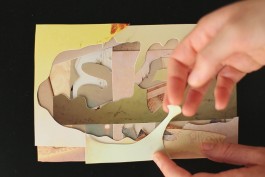 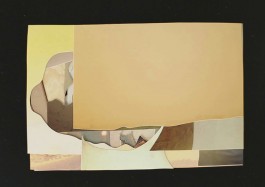 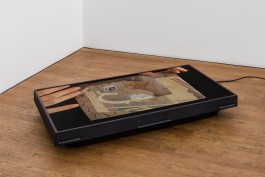 Lilly Lulay’s interest in photography as a cultural technique that serves us in a private and a public context to communicate and store information becomes explicit in her Liquid Portrait fbarchive19012016. The source of this two-part work is the visual content of a Facebook account. Lulay appropriates those who have gathered there, have produced something, or shared visual data online and recomposed it anew in the form of a fragile looking wall sculpture. What emerges is not only the abstract portrait of a private person, but also a sculpture which clearly reveals the volumes of information that constitute a standard Facebook avatar. While the two-dimensional Facebook interface is being transformed into a space-encompassing network, the second element of Liquid Portrait methodically charters its way through the endless layers of fragmented image worlds. Accompanied by soft clicking sounds, the pictorial fragments in the video work are removed by hand: layer by layer. Between the varied, steadily changing and deep-lying image levels, ephemeral compositions appear. Rather like the user-surface of a Facebook account, this wealth of fragmentary information reappears again and again to demand the attention of the observer.

Another work, o.T. (painting) is also full of visual triggers and detailed information, which only reveals itself upon closer consideration. Viewed from a distance, this picture is reminiscent of a drip painting. In actual fact, it consists of one hundred anonymous photographs taken during holiday trip, which were then cut up with a scalpel into its visual components and applied by brush onto canvas. Reduced to their outlines and liberated from their context, the people and objects once depicted in the photograph transform themselves into paint splatters and forms. The pictorial surface is permeated by the ductus of figurative and abstract elements, which flow together in a spaceless murmur.

Empty spaces and monochromatic surfaces dominate the work ABC (new characters for an experimental sigh language). These are the single pages from “Les progrès de la technique”, an anthology from the 1980s, which traces the historical development of the various cultural techniques. Here, the further development of the first script as well as some visual techniques are shown, down to what were then the latest forms of digital data processing. The book pages were manipulated by Lulay so that sections of the colour illustrations would replace the once explanatory – and meanwhile – liberated text. The individual pages themselves now resemble cryptic symbols in whose shadows the structure of the typeset emerges. Now, the paper skeleton of the former information is becoming an independent system.

In A big step for me, a small leap for mankind Lulay took on another popular scientific publication, which has become obsolete in the days of Wikipedia. Four rods have been transformed into load-bearing material for the construction of history along firmly assigned time periods and thematic areas as intended in the book. The format of the rods calls to mind the implements behind both the throwing of the spear and the relay race, whose length is derived from the measured pace of the individual. Consequently, the physical range of the individual is related to the measured pace of the artist. In this way, the physical range of the individual is related to the visually mediated transfer and appropriation of history. What strikes the individual as a gigantic leap in the personal life history of the individual is seen in a personal historical context as a few millimetre long steps in the permanent progress of history.