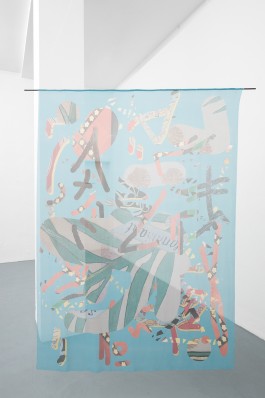 They Were Here, 2016
digital collages printed on silk, acrylic, neopren 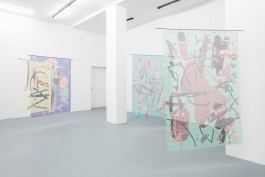 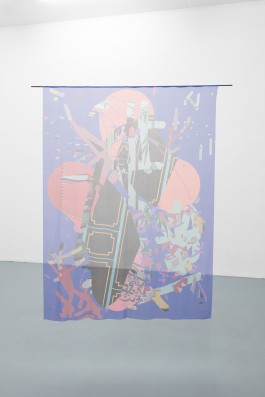 During her artist residency in Hendaye, France Lilly Lulay studied the landscape of the coastal area formed by deposits and erosion. Yet this Atlantic region has not only been shaped by weather and tides, it also bears older and more recent traces of human intervention. The territory that once served Antoine d’Abbadie as landholdings and a place for research, later becoming an occupied war zone, is nowadays a nature reserve inviting tourists to contemplate and stroll through nature. In her installations, prints, and collages, Lulay investigates how natural and cultural processes within the site constantly shift, overlay and influence each other.

They Were Here involves large format photo collages printed on silk, neoprene, and acrylic fabrics. Here Lulay engages with traces and relics of various cultures and epochs, as she combines interior and exterior photographs of the Château-Observatoire Abbadia and graffiti created by adolescents in empty bunkers that date from the German occupation. Letters and initials, floral ornaments and geometrical patterns from various eras and (sub)cultures blend in these semi-trans- parent, flag-like sculptures. Time-specific usages of the two architectural structures, but also the culturally conditioned superimpositions of these historical sites, are deconstructed and brought into new relations with each other. This layering continues in a partly overlapping hanging of the semi-transparent fabric prints. 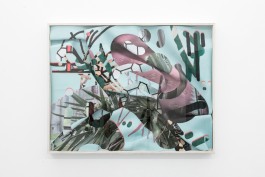 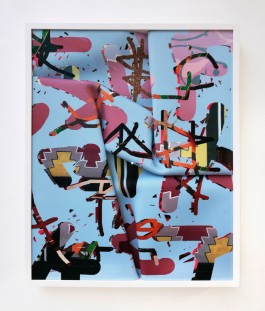 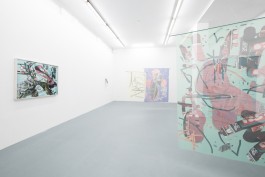 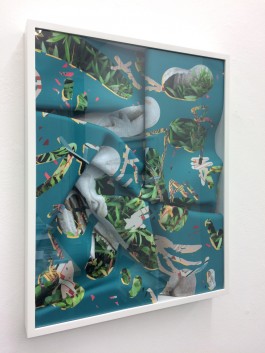